Dolores and Giles Hoyt, the latter of whom is editor of volume III (From the End of the Gilded Age to the Progressive Era (1893-1918), were honored by the Society for German-American Studies (SGAS) in New Orleans for their outstanding achievements in German-American Studies. In his laudatory speech, Prof. William Petig (Stanford University) gave an impressive overview of the Hoyts’ service to the SGAS, to Indiana University-Purdue University Indianapolis, and to the Max Kade German-American Research and Resource Center. Petig gave also noted Giles Hoyt’s work as a volume editor of the Immigrant Entrepreneurship project.

The congratulations from the Immigrant Entrepreneurship team were conveyed by general editor Uwe Spiekermann, who also gave a speech on the project at this symposium. The SGAS is an international organization dedicated to the history and culture of the German element in the Americas. Many of their officers and members, among them president Randall Donaldson (Loyola University) and vice-president William Roba (Scott Community College), are contributing biographical and contextual essays for the Immigrant Entrepreneurship project. 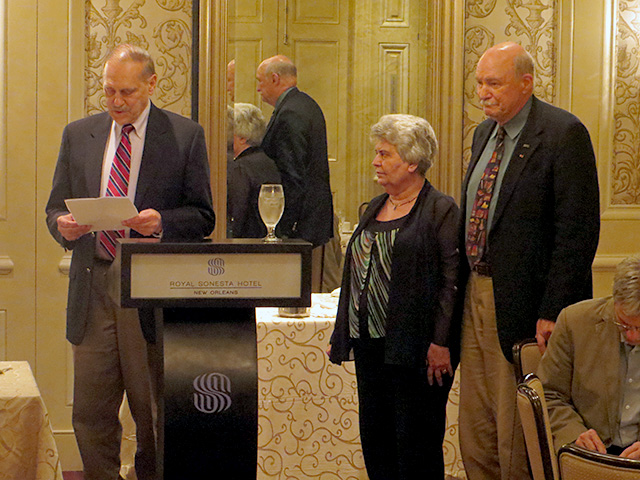