The International Conference of Labour and Social History (ITH) was established in 1964 as an international forum for scholars dedicated to the history of labor from both the East and the West. With a headquarter in Vienna and annual conferences in Linz, Austria, it provided an important venue for intellectual exchange during the Cold War era. Today the network of more than one hundred predominantly European institutions and individual scholars is still actively engaged in the transformation of Central and Eastern European Societies but is also interested in global and transnational history.

Uwe Spiekermann, one of the general editors of the Immigrant Entrepreneurship Project, joined this year’s 52nd ITH-Conference, which took place in the Austrian industrial town Steyr, September 15-17, 2016, and was dedicated to the analysis of “Commodity Chains and Labour Relations,” to discuss the role immigrant entrepreneurs can play in the creation of transnational commodity chains. 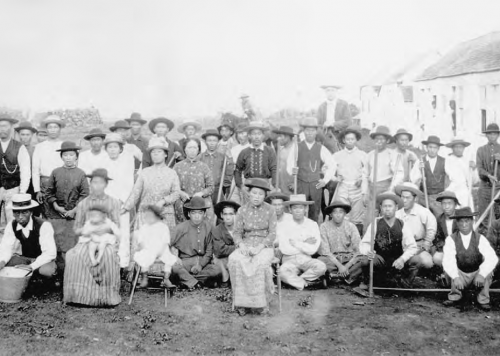 While the concept of “commodity chains” is mostly focused on the management of value and profit, eighteen presentations tried to include questions of power relations and labor recruitment to investigate dominant ideas of producer- or buyer-driven chains. Immigrant Entrepreneurs as both “strangers” to their new host countries and bridge-builders between different cultures and economies were active players in establishing such “commodity chains.” Uwe Spiekermann used the example of the Hawaiian cane sugar and the Californian beet sugar industry, to underline the importance of labor for the establishment of the first vertically integrated sugar company in the world by German-American immigrant entrepreneur Claus Spreckels (1828-1908). Entitled “Labour Shortage as Task and challenge: The Hawaiian and Californian Sugar Industry in the Late 19thCentury,” Spiekermann’s contribution analyzed the immense efforts to attract first German and Norwegian, then Portuguese, and finally Chinese and Japanese laborers to work on the sugar fields of Spreckels’ “Hawaiian Commercial and Sugar Company.” Such contract work, however, caused public debates in Germany and the U.S. on labor protection even in the Pacific periphery. This was important, when Spreckels started to establish beet sugar production on U.S. soil in the late 1880s. He transferred models of labor recruitment and the transformation of large rural regions from the periphery to the California center to erect immense sugar factories on the fields and to form a more flexible sugar company, integrating cultivation, transport, production and wholesale trade of sugar in the American West. Again, he tried to attract “white” labor to work for him—and ended up with thousands of Japanese contract workers cultivating the sugar beets.

For those more interested in the topic: A conference volume, edited by Susann Zimmermann (Budapest) and Andrea Komlosy (Vienna) is planned for 2017.